How to transition from an intranet to a digital workspace

We have been working the same way for 25 years. It’s time for a change, but how do you transform a static intranet into a personalised digital workspace? Organisations realise that employees have higher expectations of the digital workspace. The formerly popular network drive is a completely unknown and outdated concept for the younger generation. That is why I want to inspire you to simplify the work of all employees by moving to an adaptive workspace.

During the Digital Workspace Event 2019, ideas were discussed to respond to the ever-increasing need for flexible and simplified working. The younger generation (everyone under the age of 30) is already fully working in this way in their private life, they expect the same tools in their professional work.

The big difference between an intranet and digital workspace

Most organisations already have an intranet. Often a lot of time and effort has been put in to set it up and get active – blood, sweat and tears. The purpose of the communication department is to connect people with a social intranet. But what is the difference with a digital workspace?

During a session of the PVP Foundation, Nelly de Hoog, IT and project manager, showed a good example. In addition to offering a forum, contacts and news messages (the standard intranet components), they decided at the end of 2014 to catch up with IT. Therefore, they listed the wishes of people within the organisation and summarised them as follows:

This is important to the people in her organisation, because they often work at multiple locations and even on multiple devices. In addition, the foundation wanted to get rid of their long newsletter, old-fashioned network drive – more about this later -, did not want to leave any data on hardware (this includes computers/laptops/et cetera) and it had to be set up based on the role of the user.
This is the difference between intranets and real digital workspaces. It is not only communication-oriented, but also anticipates the simplification of IT.

‘’Digital workspaces focus on improving communication and simplifying IT.’’

There is an important role for the IT department to pick up important items, such as a single login to applications (web/SaaS or hosted applications), an app store, centralised access to all documents and role-based information and applications. PVP Foundation has made the move to a real personal digital workspace and has reduced the management costs by half since 2014. 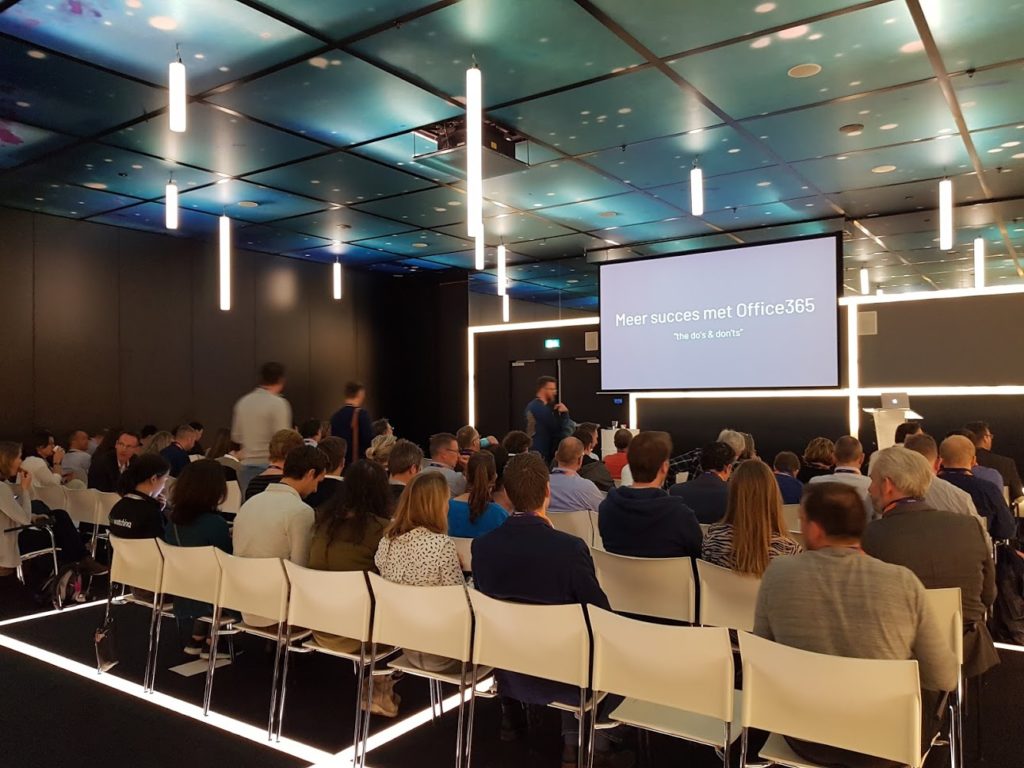 We have been working the same way for 25 years, time for a change?

When setting up a digital workspace, employees (from communication, HR and business) often want to “do something” with Office 365, while in many cases they have no idea how. As a result, they set incorrect goals for the success of the digital workplace. Therefore, the do’s and don’ts of Office 365 are discussed in a session by Mixit, a consultancy firm for digital workspaces.

“Who knows what Office 365 entails?” Asks Arjan Nataraj, director of Mixit. People in the room look at each other hesitantly, a few hands go up, but the majority of people look down. These people realise that they are working with Office 365 in their organisation, but do they dare to say what Office 365 is in public? No, and that is not surprising, because Office 365 consists of more than 30 components.

Too quickly, Office 365 is considered as the ultimate solution. But it depends on how you use it and what you want to use from it. Organisations often only use a small part of the tools, namely the Office suite and email. But have we not been doing this for 25 years? Isn’t it time to really work in a modern way?

How can you use Office 365 as a digital workspace?

During the session, they talk about making Office 365 successful. A few important steps are discussed that, if implemented properly, save up to 30 minutes per day per person. The following four steps are important:

1. Define why you want to set up a digital workspace
Use the Golden Circle from Simon Sinek. This well-known model helps you to define why, how and what you need to set up a good digital workspace. The “why” is an important aspect to keep in mind, because otherwise there will be a focus on a tool, rather than on the end goal.

3. Ensure that IT and communication work together and bundle projects
Oftentimes within organisations, there are several separate projects running at the same time. Like for example when the IT department is making applications available with one login, or they are migrating their files to SharePoint, while the communication department is busy filtering the information flow towards employee groups. The real power of a digital workspace is to merge all portals and tools into one workspace. This means that people do not have to search for tools, but everything can be reached with a few clicks with a single login based on their role.

4. No digital workspace without adoption
When moving to a digital workspace, there will be people on the forefront who enthusiastically use modern techniques. Adoption is important, because you ask some people to adjust the way they store and copy files on their network drive (like they have been doing for 25 years) to completely work online. If you properly guide the frontrunners, they will stimulate the followers and laggards in the adoption of the digital workspace. 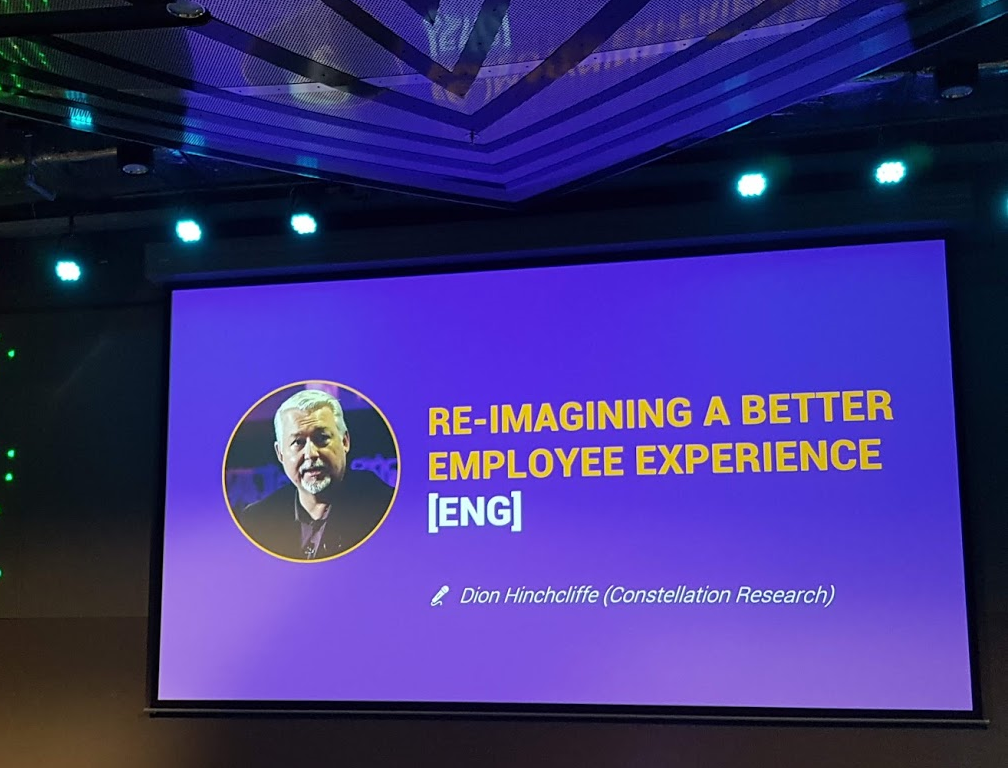 Adoption was a point of attention during various sessions and keynotes. “It’s by far the easiest to change technology,” said Dion Hinchcliffe, IT expert and enterprise architect. People have been used to their ways of working for years, but in the past few years we have all been connected to each other through the internet. As a result, consumers are already living in a completely different way and are looking for tools that have a user-centered design. They also expect this from their employer. For example, Victor Jan Leurs from Insight said that a digital workspace must be based on people and build a bridge between people, process and technology.

A survey shows that 70 percent of employees still see email as the number one tool for communication. By using modern technologies such as chat tools (Microsoft Teams, Slack, et cetera), some companies save up to 30 percent on their travel expenses. An Insight healthcare customer saved 30 minutes per person, per day. For this, it is important that you not only offer the tools, but also train people in using them.

We already changed our way of working, did you?

In the field of digital transformation, Christoph Magnussen, CEO of digital consultancy firm Blackboat is a much sought-after speaker. Christoph posts three videos and two podcasts about this topic every week. He interviews people all over the world, including the creator of the term ‘new work’, the 88-year-old German emeritus professor Frithjof Bergmann.

In the interview, Frithjof Bergmann shares the most important factor for the success of the new way of working: ‘’We have now developed the technologies that allow us to work, to think and to organise ourselves differently.’’

The tools for faster communication and digital collaboration are available. Some organisations are already as far as using offices as social places where people come together. Now it is still a challenge to offer all this in the right way.

Bring everything together in an adaptive workspace

Various tools were discussed during many sessions. One session focuses on content distribution, while the other focuses on offering chat tools. But the most important element for the digital workspace, which came back in every session, is “personalisation”. In other words, a digital workspace that adapts to the person who logs in, in order to prevent an abundance of information, portals and applications.

The ideal digital workspace is an adaptive workspace. One in which you can log in once, click on applications, do not have to install anything, do not have to log in again and only see the things that you need to work more efficiently. The goal should not be to keep people in a digital workspace for as long as possible, but rather to help them out of the IT world as quickly as possible and to bring the focus back on their main tasks.

To move from an intranet to a digital workspace, it is important for a communication team to work closely with the IT department. That way, you are able to easily create a workspace that automatically adjusts to people’s role, device and location, so that people are less concerned with IT and more with their main task. Don’t be afraid to collaborate with IT, because adapting technology is the easiest thing there is. The people and work culture follow. 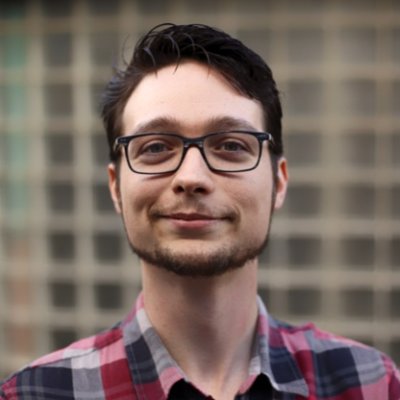 Do you have any further questions about the demo environment, Workspace 365 or do you have feedback for us? Send a message to: [email protected]