On Thursday January 28, Workspace 365 hosted the online ‘VDI Exit Plan: a Roadmap for a Smooth Transition’ event, attended by IT managers from around the world. In this blog, we’ll give you a recap of the event, with the most important highlights. Do you want to watch the entire event? Watch the complete online session here.

The event started off with CEO Erik Nicolai clarifying what the goal of the event was, and what information would be provided:

“Our goal is not to say: “you don’t need VDI solutions” or “you need to move away from Citrix,” we just want to describe and give a full picture of what we get as feedback from customers, and what’s trending on their IT roadmap.” – Erik Nicolai, CEO

The focus of this event was therefore on the current situation surrounding VDI services, where the market is moving towards, and how IT managers we talk to view their future IT landscape. We also zoom in on how you can gradually move to a modern workspace, with or without virtual desktops, and make your IT future-proof without constant major changes for the people who use it.

For a while, the rise of VDI was very prominent. It’s played a critical role in helping organisations to get a decent amount of applications virtualised, safely and with minimal bandwidth issues. And solutions like Citrix virtual apps and desktops still plays a big role in many organisations today.

But more and more IT managers are rethinking their current infrastructures. Even some large IT distributors have stopped offering traditional VDI services. Virtual Desktops and the traditional intranet have (perhaps wrongfully?) been declared ‘dead’ time and again. But where is this shift coming from?

A shifted balance between legacy and web apps

Though there are differences between vertical markets, it’s safe to say that the IT landscape is well on its way in its shift to the cloud. The vast majority of new applications are in the form of SaaS, which basically has become the norm, instead of the exception.

This means that organisations are relying more and more on the cloud to provide them with applications and ways to work, shifting the focus away from local and virtualised applications, making it more challenging to manage them.

It also means that organisations have a greater selection of applications and vendors to choose from. Where before some IT infrastructures relied on Citrix, Microsoft or VMware only, it’s becoming more of a mix that no longer relies on a single vendor.

The rise of Microsoft 365

A great example of the rise of working in the cloud, is the rapid rise of Microsoft 365. It’s playing an increasing prominent role in organisations’ IT strategies, and more and more IT managers are looking at how they can use and leverage more of Microsoft 365, reducing other IT components and cutting costs.

As technology is developing more rapidly every day and people work with an increasing amount of different applications, the IT landscape is getting more complex, while digital skills are not developing at the same rate. IT managers are looking to overcome this complexity, cutting down in the amount of different systems and searching for ways to unite others.

The benefits of breaking free from the virtual desktop

When looking at the benefits of transitioning from a virtual desktop to a modern workspace, it makes sense more organisations are choosing to do so. These benefits include the flexibility of device choice, cost reduction on infrastructure, the usability and simplification of the workspace. Though some still hold on to their virtual desktop – why is that?

Does it make sense to stick to a virtual desktop scenario?

As mentioned before, a shift is happening, moving away from virtual desktop services. But can we declare such services ‘dead’, as many have already done?

Well no, we cannot. It will probably happen eventually with the ongoing shift to the cloud, but for now, many organisations still rely on applications that are not available yet in the cloud – in some verticals more than others. So if your organisation still needs legacy applications, using virtualisation in one form or another might not be such a bad idea.

But in the future, this will not look the same as it did in the past – because the cloud shift is still happening, and organisations cannot afford to lack behind. And after all, there are reasons so many choose the cloud over desktop and app virtualisation.

The top 9 challenges regarding desktop and app virtualisation

These challenges, in addition to the fact that in most cases it’s no longer necessary, cause organisations to minimise their virtualisation efforts, moving from complete desktops to individual applications.

Moving forward to a modern workspace

So how do you transition to a modern workspace, even if you’re still reliant on desktop or application virtualisation to some degree?

Aggregate everything in one agnostic workspace

The goal of Workspace 365 is to aggregate everything people need to work into one adaptive workspace. From information to applications, no matter what type. This enables you to, for example, unite your Citrix infrastructure with your Windows Virtual Desktop, web applications and your remote desktop from another specific vendor into a single workspace, and facilitate a Single Sign-On experience to all those different sources.

Our hybrid digital workspace is based on four key elements: 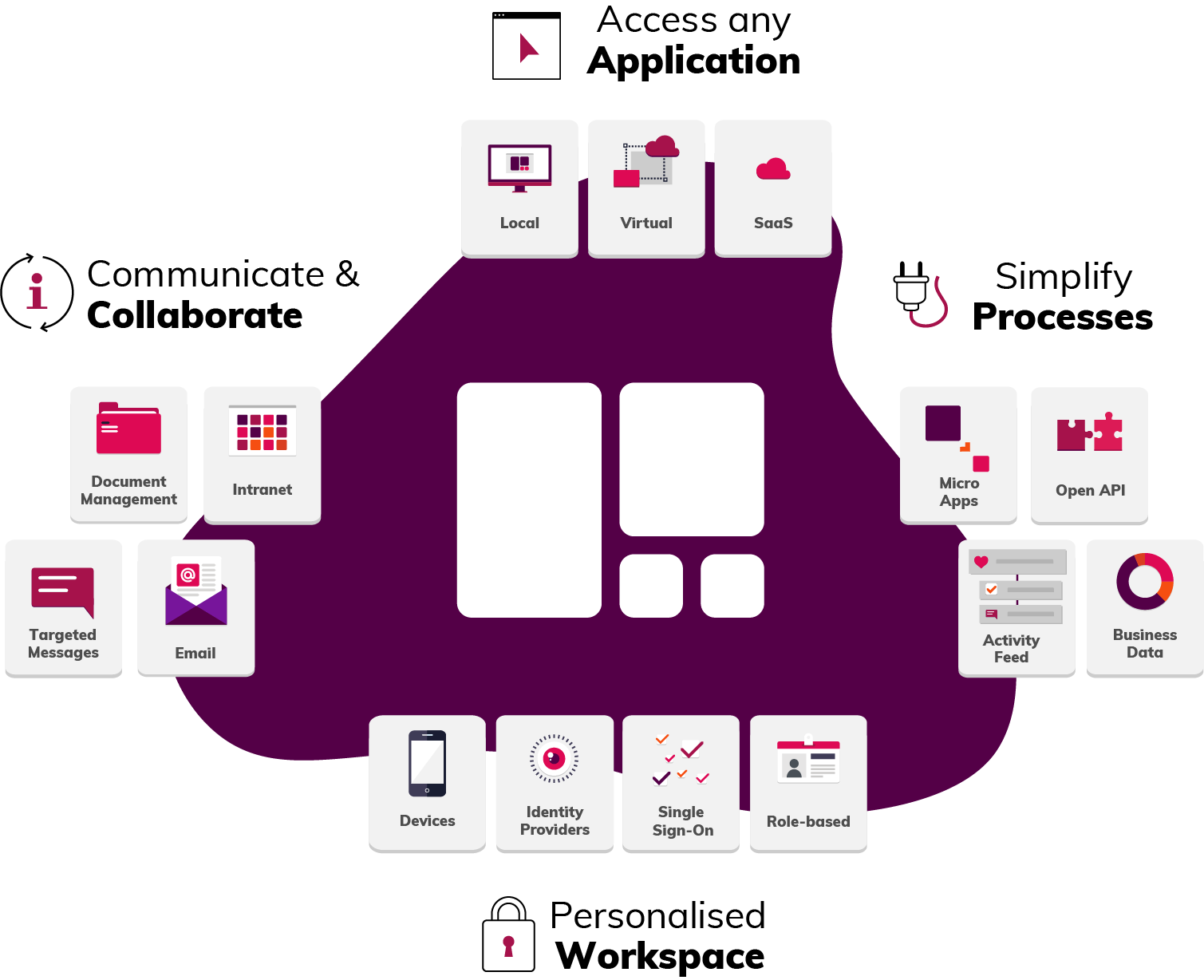 1. Access to applications: no matter what type of application, whether it’s local, virtual or SaaS, we enable you to unite them in one simple and consistent interface. This interface will remain the same, even if you choose to switch the technology underneath. This makes the platform technology-independent, ensuring the ability to easily stay future-proof.

2. Conditional access: this access to applications and information should be based on certain conditions, to ensure that it can only be accessed by the right people, in the right situations. We therefore enable you to set these conditions, based on for instance someone’s role, location, network, device and more.

3. Communication and collaboration: the borders between digital workspaces and intranets are fading. It’s therefore important that people do not only have everything they need to work themselves, but to collaborate and communicate with colleagues and external parties as well.

4. Simplification: now that you’ve united everything a person needs into one workspace, how can we make working with all these elements easier? We do this with for instance Micro Apps and the Activity Feed, bringing information, notifications and tasks from external applications to Workspace 365.

As Erik Nicolai said during the event:

“Those four different elements are almost like a stepped approach: so it’s first about enabling all the different application types, finding the conditions for accessing them, integrate what you have today on a communication and collaboration level, and then think what can actually be simplified, to really save the time for our key employees”

An important thing to note that though Workspace 365 offers access to applications, it is not an application portal. As we already discussed in the previous paragraph, mentioning the Activity Feed and Micro Apps, our goal is not only to aggregate all information and applications, but to simplify them as well.

We partner with other companies and vendors to realise this, to determine the roadmap, as well as to develop these applications and integrations. We don’t believe in doing something someone else has already done perfectly well – that’s a waste of time and money. We believed this in 2011 when Microsoft launched Office 365, and we still believe this now. That’s why when we develop anything for a customer, we instantly release it for all other customers as well. Unlike a platform as Microsoft Power Apps (which under some circumstances can also be very powerful and we integrate as well, so don’t get us wrong), where chances are many organisations are developing the same application, which could also have been developed once and released to all.

First, healthcare organisation Carinova. The ability to open file server files with online Microsoft Office editors through Workspace 365, enabled them to move from an E3 Microsoft license (€31,50 per user, per month) to an F3 license (€8,40 per user, per month), resulting in significant licensing cost reductions. On top of that, they completely moved away from the Citrix solutions, reducing their infrastructure costs.

In any case, cost reductions by moving to a modern workspace based on Workspace 365 should be possible, if not one of the main goals. Though these cost reductions look different for every organisation, with an average cost reduction of 35% per year. Though for some this may be 20%, we have also seen cases in which reductions of 50% per year were achieved.

Another highlighted case was the one of Oktober, a healthcare organisation as well. They migrated to the cloud completely, and with Workspace 365 enabled a single point of access, which was 100% Single Sign-On accessible.

A framework to a digital workspace

To support our customers in their transition, we always create a roadmap to see where they are now, where they want to go, and what their steps will be along the way. During this process, we also look at their current application landscape and where costs can be cut. In short, the process looks like this:

During this process, there is always attention for adoption from our Customer Success Team, and it’s made sure that there will only be a one-time big change for employees. Further iterations and future developments are all done below the surface of the workspace.

Start your journey today to a modern workspace

Want to talk over your journey to the modern workspace? We are happy to discuss and explore your possibilities and best options!

Feel free to contact us via email or give us a call. 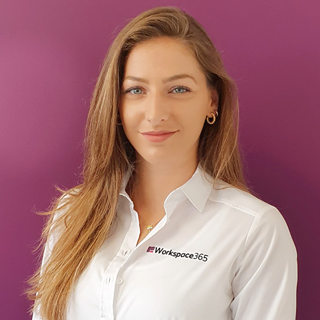 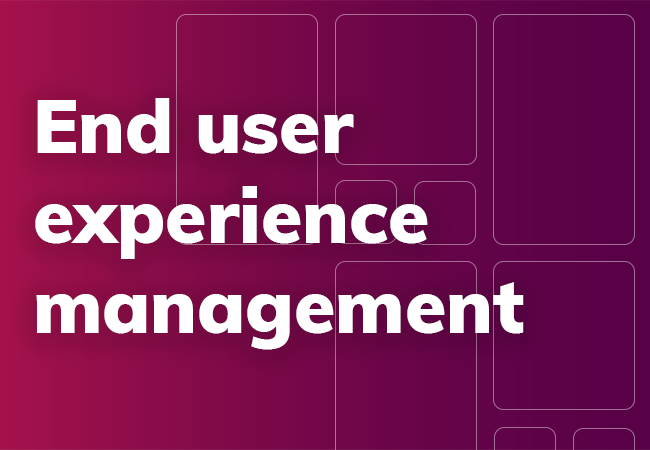 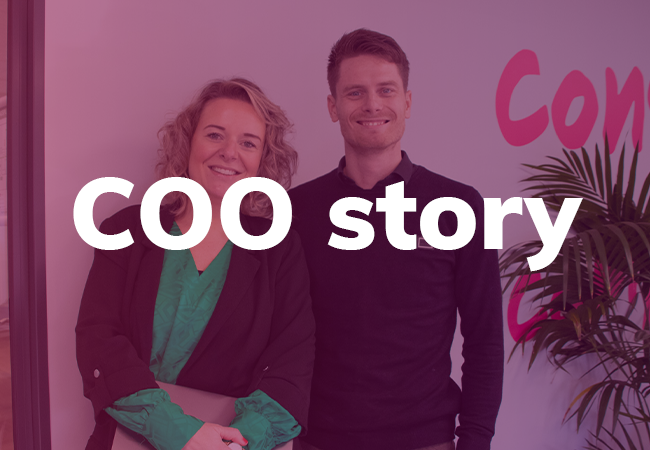 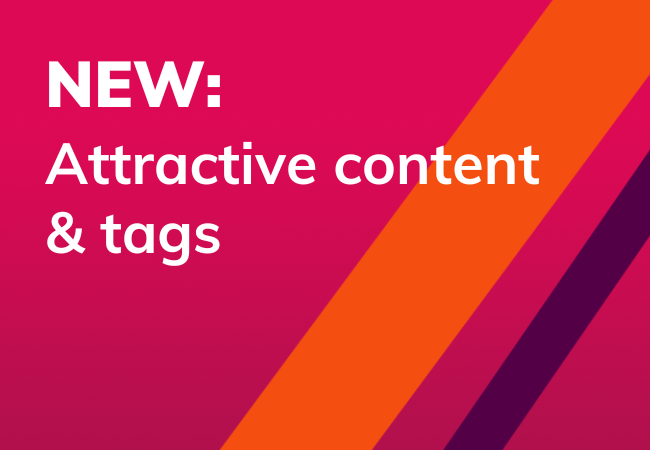